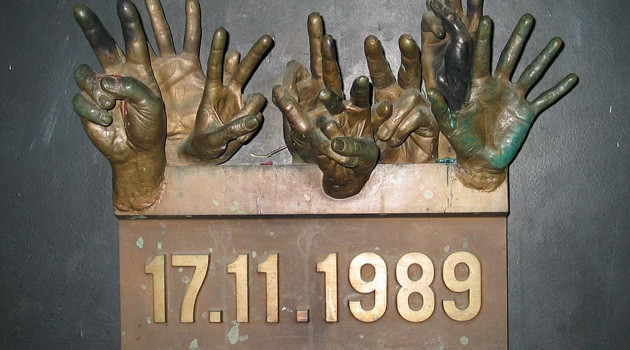 In the spring of 1989, I moved with my family and my husband at the time from Ostrava to Svitávka - we were rather well-off back then, living in a spacious apartment and, as they say, we "had our own".

That autumn, nursery school obligations began for the children once again.
I accompanied the children to preschool, hurried to my job, went shopping after work, came home, cooked dinner - a cycle that repeated daily. One day, though, everything was different.

On my way home from work I saw a bunch of my neighbors standing outside in front of our building, debating the "unrest in Prague". I asked them what the unrest had been, what it meant.

I didn't understand the first thing about it. Somebody in the crowd said some "hooligans" in Prague had assaulted the public security forces.

People said the "hooligans" had smashed everything up and were brawling with everybody right off the bat. I was startled.
"Hooligans, you say? For God's sake! Why are they letting them do it?" I asked, joining the group.

We have 142 visitors watching ROMATIMES.NEWS