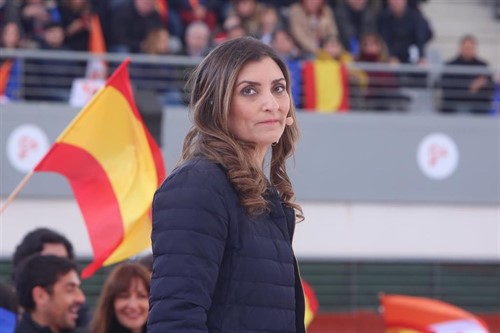 The Fundación Secretariado Gitano has celebrated that, after the general elections of April 28, the Congress of Deputies goes to four representatives of the Roma ethnic group, the largest representation of this community in its history. As he stressed, his presence will offer an image of "rigor and modernity" about the collective and will contribute to a "change" in the image of Spanish society.

Beatriz Micaela Carrillo de los Reyes of the PSOE, Juan José Cortés of the PP, Sara Giménez of Ciudadanos and Ismael Cortés de En Comú are the four gypsies representatives with whom the new legislature of the Congress will count. They will happen, thus, to the only gypsy deputy that there was until now, the 'popular' Silvia Heredia, who did not show up for re-election in these last general elections.

The director of the foundation, which has stressed that the presence of more Roma deputies is "very important", has been convinced that when the Congress debates issues such as educational reform or equality laws, these parliamentarians will "fight" because an agreement with the objective of "reducing the serious inequalities" suffered by this group.

We have 334 visitors watching ROMATIMES.NEWS