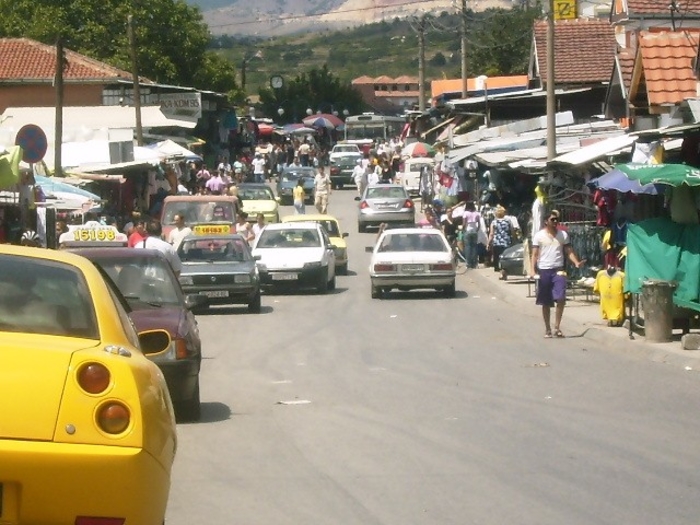 After determining the dates for the election of the President of the state, the parties and individuels "rolled up their sleeves" in connection with preparations for candidacy for this position.

VMRO - DPMNE determined their candidate, that is Professor Gordana Siljanovska Davkova. The SDSM has not yet got a named name, and the decision on a "concessional candidate" is awaited. It will be known by March 8th.

Other political leaders and aspirants started preparing for the collection of 10,000 signatures required for candidacy.

Among them were two possible names from the Roma community. Amdi Bayram president of SRM and Samka Ibraimovski from PCER. It seems that Samka "gave up", but Amdi Bajram is somehow "persistent" in his intentions. It started collecting signatures.

Among the Roma people about the move to Amdi are "breaking" spears !. Some support themselves and motivate them to continue, while others are against, for the reason and fear that all the other Romani people take this attempt with ridicule and space for a joke. The third group of Roma are silent and do not "get soaked" with this moment.

The Roma Democratic Union -RDS wants to sum up and ask a question: "Is it time for a Roma presidential candidate to measure" political muscles "?

The fact is that Amdi's "political opponents" are decisively against this idea, and find a thousand and one motive of why. Starting from the intellectual and political capacity of this politician, his previous political CV and acting, and at the same time discrediting on every basis.

But RDS also observing these moments wants to note another point. Do the Roma besides Amdi Bayram have such a profile of a name that would be a "factor" in order to run for the presidency of the state?

And to run someone else (not Amdi Bajram), would that "adventure" of that Roma candidate be from the air? Do we Roma have a perception of where the borders are? Is it time (not now and in the next decade-decades) to measure "political muscles"

Is this country ready to consider yet that apart from a Macedonian, or possibly an Albanian, someone else can be the President of the state or the government.

Are we Roma aware that we are still in a political field, regardless of capacity, credibility, politically shaken, intellectually upgraded and in the eyes of others (deliberately Macedonians and Albanians), political and other fields are "inferior".

To be otherwise seen in that sight, we still have a long struggle to prove, organize, change some old habits, first of all, one "Intellectual Evolution" and then make an "Intellectual Revolution". It's just that, unfortunately, it's so. (R) Evolution! From one stadium to another, it does not only share a single but important letter - beacon R. And accidentally or not - it's the first letter in the name of our people - Roma!

And the letter R - Resize!

We have 134 visitors watching ROMATIMES.NEWS