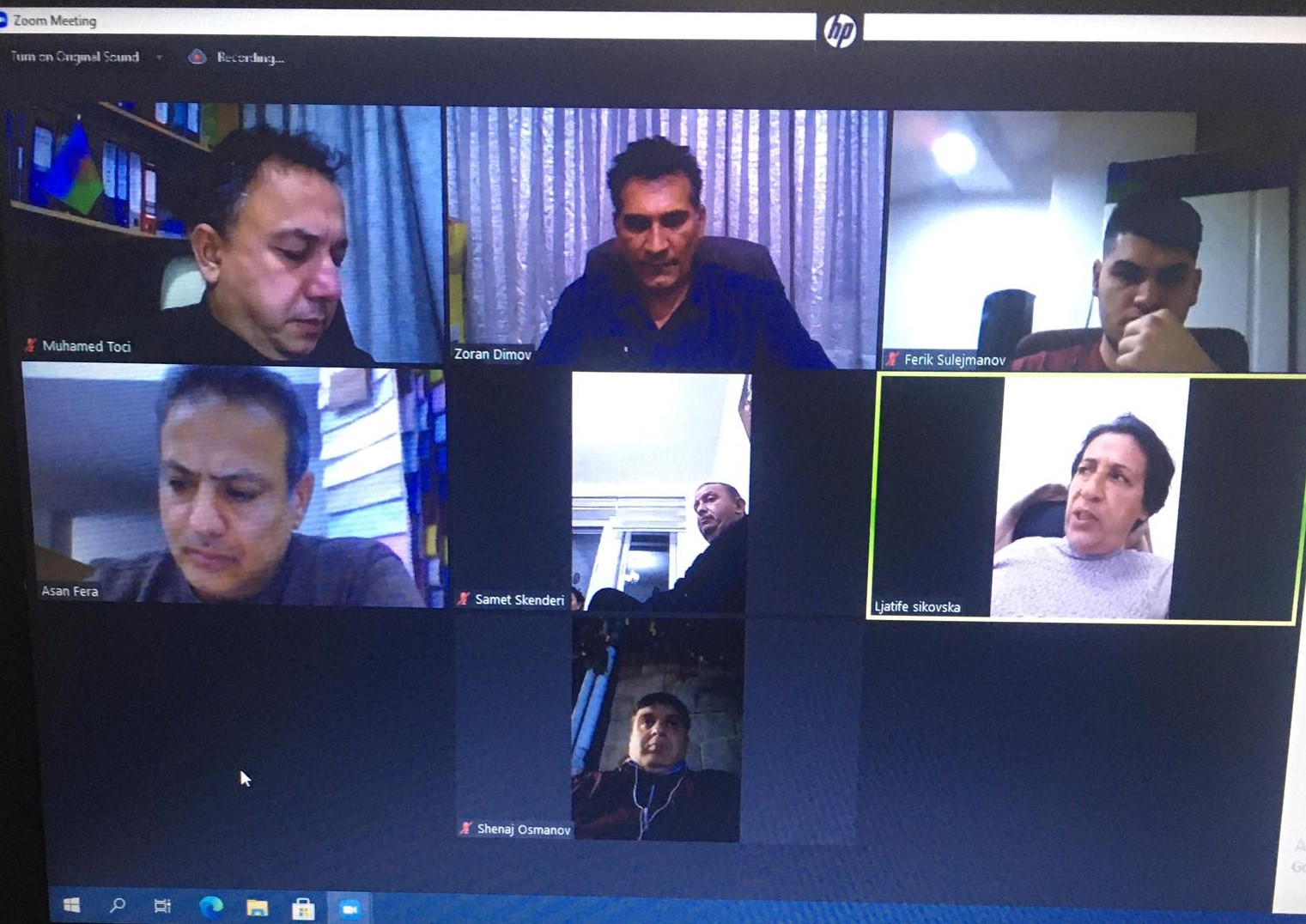 As part of the regular activities "Network with systemic and lasting solutions" composed of several Roma NGOs from the country, held a video meeting with some Roma party representatives. The meeting on that side was attended by the Member of Parliament of the Republic of Northern Macedonia, Latifa Shikovska, the President of the SDSM of Suto Orizaria Asan Ferat and Ferik Sulejmanov part of the municipal committee of SDSM from Suto Orizari.
At the meeting, the representatives of the "Network with Systemic and Permanent Solutions" were interested in the plans of the Roma party representatives and how those things are moving in that direction.
According to those representatives, negotiations are still ongoing regarding the appointment and appointment of positions that are closely related to the Roma and their representatives.
Promises have been made that the Macedonian Government will implement all the given positions and that the negotiations are ongoing, and are expected to be defined soon.
In that context, the Roma party representatives extend a hand to all parties as well as to the representatives of the Network for permanent and systemic solutions for cooperation.

We have 253 visitors watching ROMATIMES.NEWS